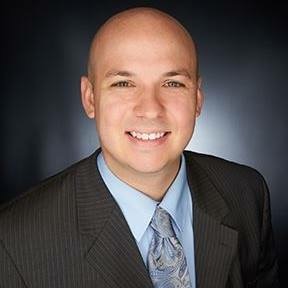 Andrew grew up in the Sand Springs, OK area before graduating from Jenks High and obtaining a Bachelor's Degree from the University of Central Oklahoma and attending graduate school at the University of Oklahoma.

During undergraduate school, Andrew excelled at College Policy Debate qualifying for elimination rounds at the most prestigious debate tournaments in the nation. After graduating, Andrew began his first career in teaching and coaching within the Policy Debate program at the University of North Texas in Denton, TX as well as Heritage Hall in Oklahoma City, OK. Throughout these times, Andrew focused on argumentation, research, writing, and cross-examination skills.

Eventually, Andrew enrolled at the University of Oklahoma College of Law eventually becoming an Editor for the American Indian Law Review, successfully competing at the National NALSA Moot Court Competition, and working at numerous internships ranging from Foshee & Yaffe to the Department of Justice in Washington D.C. to a non-profit legal service representing low-income Native American clients.

Andrew brings a determined focus towards research to the Foshee & Yaffe team and greatly invests his time into investigating the facts of complicated cases.

At home, Andrew is the luckiest husband to a beautiful wife and the happiest father to a handsome young boy. He enjoys time with his family, playing basketball, poker, travelling, and waiting patiently for the next Game of Thrones season.