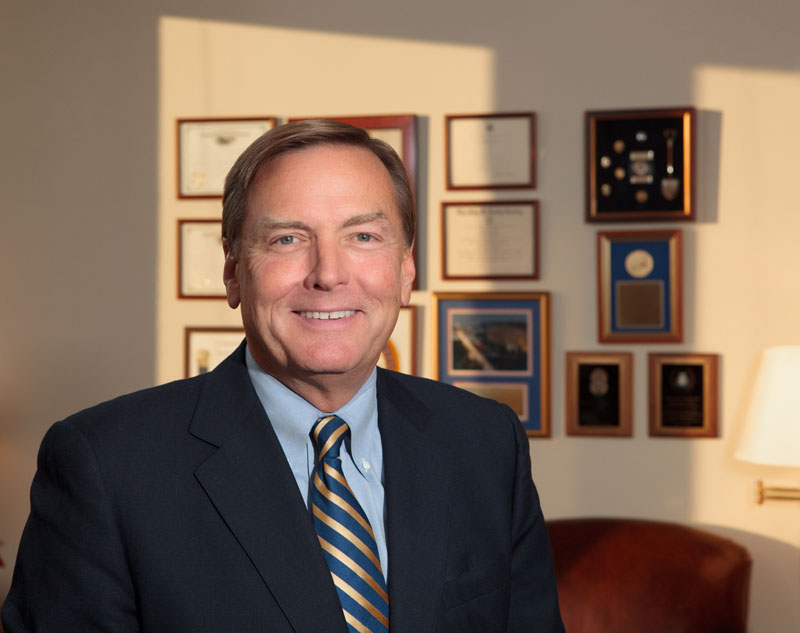 Edward L. Dowd Jr. is a litigator who defends corporations, professional service firms and individuals in high-stakes, complex civil and white collar criminal cases and investigations. He represents clients before the U.S. Attorneys’ Offices, the SEC, DOJ, EPA, Health and Human Services, and other federal and state agencies. In addition, Ed works with companies to strengthen corporate compliance in order to avoid the initial missteps that result in investigations and trials.

Ed’s legal career includes years as a federal prosecutor and private practice litigator. He served as special counsel in the investigation of events surrounding the Branch Davidians in Waco. Ed knows the intricacies of investigations and litigation from the perspectives of the prosecutor, investigator, and the person or company being pursued.

Repeatedly recognized by industry publications for his work in white collar criminal defense, commercial litigation and corporate compliance, Ed was named Best Lawyers® 2016 Corporate Compliance Law “Lawyer of the Year” in St. Louis, and is again included on the Missouri & Kansas Super Lawyers list. Immediately prior to founding Dowd Bennett, Ed was a partner at Bryan Cave LLP where he defended clients in corporate compliance and defense, healthcare, environmental and commercial litigation.

Earlier, as the U.S. attorney for the Eastern District of Missouri, Ed set policy and supervised the professional and support staff in handling thousands of civil and criminal cases for the U.S. government.

Ed moderated a three-judge panel discussion, “Protecting the Record for Appeals,” at the 2015 Bench & Bar Conference of The Bar Association of Metropolitan St. Louis. He is a past president of the National Association of Former United States Attorneys.

1999-2000, assisted former Senator John C. Danforth as the Deputy Special Counsel in a fourteen month investigation of the government relating to the Waco tragedy.