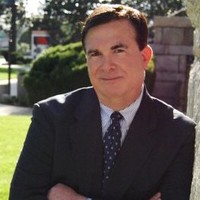 E. THOMAS DUNN, JR. is a solo practitioner with more than 35 years of experience handling criminal trials, civil & criminal writs, appeals, and law & motion matters. The State Bar of California Board of Legal Specialization has certified him a specialist, both in Criminal Law & in Appellate Law.

In 2001, after two decades of public service, Mr. Dunn joined Manning & Marder, Kass, Ellrod, Ramirez in Los Angeles, where he handled complex fraud & civil rights cases in state & federal courts. Prior to that, he was a Senior Judicial Attorney for the California Court of Appeal in Santa Ana, where he served as Lead Appellate Counsel in the Chambers of Associate Justice William W. Bedsworth for four years, drafting more than 120 opinions for the court.  Before that, Mr. Dunn was a Senior Deputy District Attorney for Orange County, where he prosecuted cases for 12 years, and he served for 2 years as a Deputy Attorney General, representing the district attorneys of all 58 California counties in the U.S. District Court for the Eastern District of California.

As a prosecutor, Mr. Dunn had an exemplary trial record, achieving a 100% conviction rate in all his felony trials. But he is most recognized for his special skill as an appellate lawyer, having begun his legal career by winning his first case—Hicks v. Feiock (1988) 485 U.S. 624—in the U.S. Supreme Court. Mr. Dunn has many published opinions to his credit, including In re Feiock (1989) 214 Cal.App.3d 141, which changed the law to make it possible for single parents to enforce child support awards by way of contempt, and the landmark decision of the California Supreme Court in Tobe v. City of Santa Ana (1995) 9 Cal.4th 1069, where the Court upheld the city’s anti-camping ordinance against constitutional attack. More recently, he won published reversals for his clients in People v. Aldana (2012) 206 Cal.App.4th 1247 [misappropriation of public funds] and State v. Febuary (2012) 253 Or.App.658 [292 P.3d 604].

Approximately 85% of his current practice focuses on handling state and federal writs and appeals, about 10% is spent handling selected criminal trial court cases, and the remainder is devoted to writing for California’s Continuing Education of the Bar (CEB) and providing consulting and expert witness services. Mr. Dunn advises other criminal law practitioners, counties, and police departments throughout California concerning trial and appellate tactics, mental defenses, federal search and seizure, right to counsel, and Miranda-related issues. He has also served as a consultant and expert witness for the State Bar of California in habeas corpus matters. His experience includes hundreds of appeals and writs in California courts, the Ninth Circuit Court of Appeals, appellate courts in New York and Oregon, and the United States Supreme Court. His practice is based in Tustin, California.