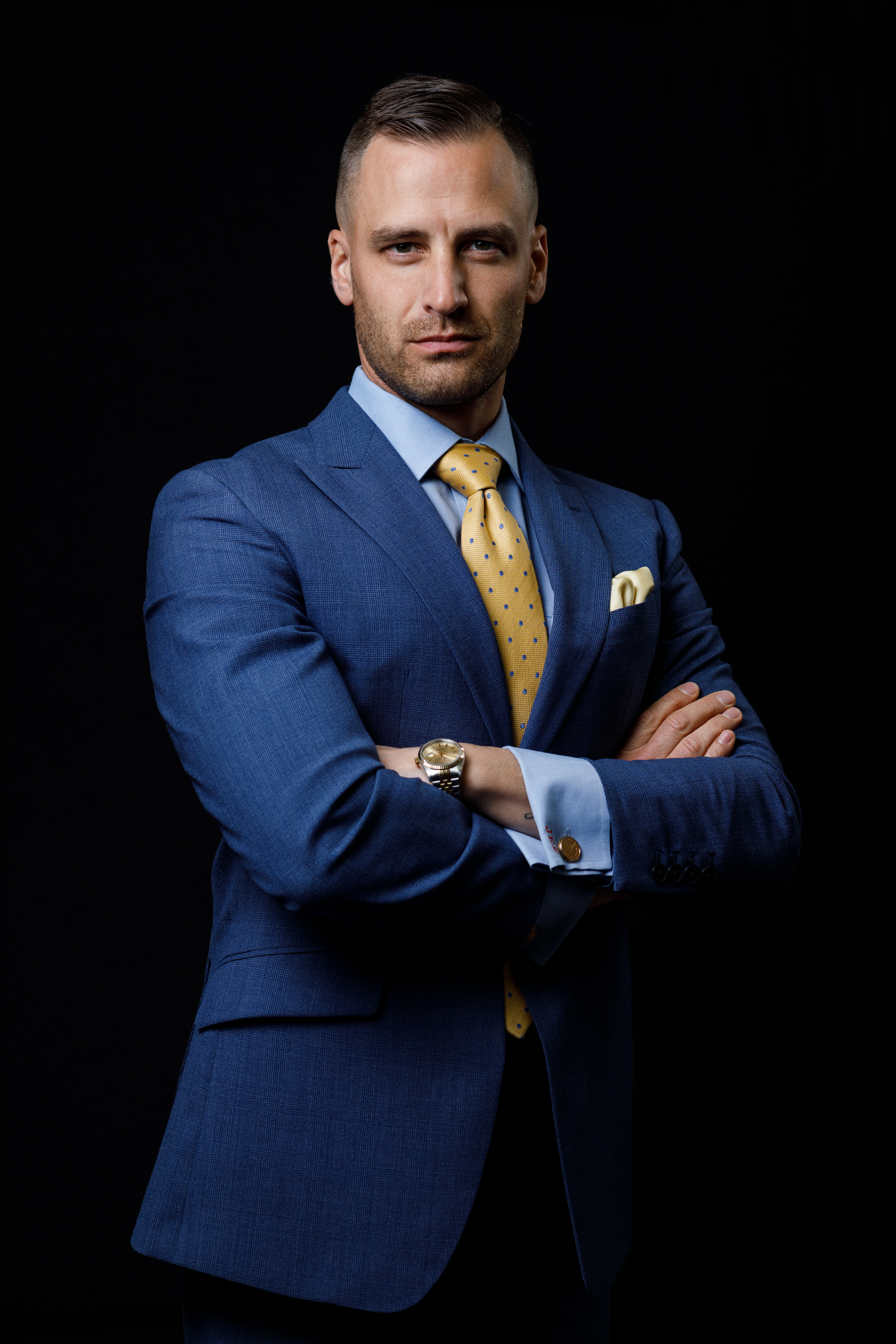 James E. Farmer is a seasoned personal injury and criminal defense attorney in Waldorf, Maryland, and the managing partner of the Law Office of James E. Farmer, LLC. In 1978, James' father, James F. Farmer, founded a law firm in Waldorf, Maryland, and established himself as the most aggressive attorney who succeeded in handling both criminal and personal injury cases. Inspired and trained by his father, James E. Farmer has expanded the legacy and built one of the largest and most respected law firms in Southern Maryland.

Mr. Farmer attended the University of North Carolina at Chapel Hill, where he obtained a bachelor’s degree in political science before going on to earn his Juris Doctor from the University of Baltimore School of Law. As an undergraduate, he studied abroad at the University of Cambridge in the U.K. During his time in law school, he excelled in the Comparative Law program at the University of Aberdeen in Scotland and ultimately completed his legal studies a semester early. He passed the bar with flying colors on his first attempt. He is admitted to practice in Maryland, United States District Court for the District of Maryland, and Washington D.C.

In addition to his formal education, Mr. Farmer completed a comprehensive training course in mediation training, earning his mediation certificate.

Mr. Farmer began his legal career at the firm (then known as Farmer & Pyles, P.A.) as an associate and apprentice of his father. Throughout his legal career, he has handled hundreds of personal injury and criminal defense cases and secured numerous favorable and significant results on behalf of his clients—many of which he achieved before his 30th birthday.

Some of his recent notable case results include:

- In 2018, he, along with Associate Michael Klopfer as co-counsel in the case, won an opioid overdose murder trial in St. Mary’s County, Maryland. He was retained for the matter of the University of Maryland at Baltimore Hospital “dumping” a young black woman in the streets of Baltimore on a cold January night. Attorney James E. Farmer is the only private criminal defense lawyer in the state of Maryland to defend multiple cases of murder involving a death from drug/opioid overdose by an alleged drug dealer, and one of only a very limited number of attorneys in the entire United States to do so.
- Also in 2018, he secured a settlement of $966,000 for a client (names of parties are confidential) in a car accident case.

Before the age of 30, Mr. Farmer earned an impressive number of awards, honors, and accolades in addition to his track record of courtroom successes. He has been selected for inclusion in the Maryland Super Lawyers® Rising Stars list numerous times and was named among the National Trial Lawyers’ Top 40 Under 40 and Maryland’s Outstanding Young Lawyers. Mr. Farmer has also been honored by the National Academy of Personal Injury Attorneys (NAOPIA) as a Nationally Ranked Top 10 Personal Injury Attorney under the Age of 40 (at the age of 29). The Washington Post also named him among the Washington, D.C. Metro Area’s Outstanding Young Lawyers, Top Attorneys, for his work as a personal injury plaintiff attorney.

In addition to his professional successes, Mr. Farmer is heavily involved in his community. He was honored by the Charles County Bar Association, which presented him with an award recognizing his “Exemplification of the Values of Personal Integrity, Competence and Civility” for his service in the legal community and his pro bono work with multiple organizations, such as the Family Recovery Court Program. At age 29, he also headlined Southern Maryland Women magazine as the “most eligible bachelor” in Southern Maryland.

As the managing partner of the Law Office of James E. Farmer, LLC, Mr. Farmer is committed to providing each and every client with the fierce legal representation they need and deserve.