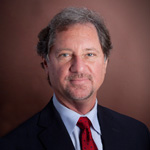 Mr. Rosen has practiced law for more than 45 years, specializing in federal and international criminal trials, with an emphasis on white- collar investigations and trials.

He has spent his career challenging allegations of fraud (wire, mail, banking, securities, bankruptcy, and healthcare), as well as tax crimes, and racketeering charges.

Mr. Rosen graduated from the University of Miami School of Law in 1974. His federal trial experience began immediately while serving as an Assistant Federal Public Defender in South Florida.

Mr. Rosen joined his father, E. David Rosen, in private practice for 25 years. Together with his brother, Larry, the Rosen Law Firm was engaged in some of the most important and high-profile criminal cases and trials in South Florida. Today, his son, Jason E. Rosen, is Of Counsel to the firm, (JER Law Firm) bringing ten years of banking and securities experience.

Michael Rosen has also been an adjunct professor at the University of Miami School of Law, teaching courses in Advanced Federal Criminal Procedure and RICO.

He has also been a featured speaker at international, judicial, and criminal law conferences.

Named to “Best Lawyers in America”

Who’s Who in American Law

American Board of Criminal Defense Lawyers