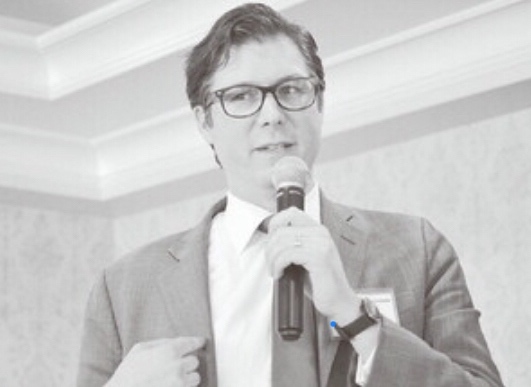 Michael Naughton is an attorney and partner at North Coast Legal, PLC. Michael  is one of the leading legal authorities on digital privacy, corporate privacy compliance and electronic communication. Widely regarded as one of the top attorneys in his region, Mr. Naughton provides unmatched representation and support to a diverse range of clients throughout Traverse City and the greater Detroit metro region who have legal needs involving any of the following:

Over the course of his legal career, Mr. Naughton has established himself as a recognized authority on digital privacy, corporate privacy compliance, and electronic communication. He has successfully handled multiple trials before various state and federal courts across his region, and he has represented the City of Detroit and other notable clients with their complex civil disputes. He also has extensive appellate experience and has argued before the United States Supreme Court, the Michigan Supreme Court, the Michigan Court of Appeals, and the United States Court of Appeals for the 6th Circuit.

In 2018, he was recognized as a "40 Under 40" in the Traverse City Business News and has been named a "Superlawyer" by Superlawyers Magazine since 2020. He was honored as a "Rising Star" for (2013, 2014, 2015, 2016, 2017, 2018 and 2019). Michael served as the president of the Grand Traverse Leelanau Antrim Bar Association and served as the treasurer of the Grand Traverse County Economic Development Corporation. Michael also served on the board of the 20 Fathoms incubator and is an officer of TCNewTech.

Michael has been an early member of the Michigan Technological University exploratory committee.  He is a frequent writer on and guest in local media regarding the Traverse City economy, rural economic development and creating a 21st century  infrastructure for Northern Michigan businesses.

A 2002 graduate of Wayne State University with a Bachelor of Arts in English and member of the National Honor Society, Mr. Naughton attended the University of Detroit Mercy School of Law, where he served as member of the moot court. He obtained his Juris Doctor in 2007, and he is admitted to practice before the U.S. District Court for the Eastern and Western Districts of Michigan and the Northern District of Illinois as well as the U.S. Court of Appeals for the 6th Circuit.