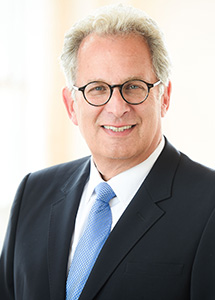 Roger Synenberg concentrates his practice in criminal and civil litigation.  Roger has tried over 150 cases, including numerous white collar crime and conspiracy cases.  He has briefed, argued, and won cases in United States Circuit Courts of Appeals and the Ohio Supreme Court.

Roger graduated from American University in Washington, DC and the Cleveland-Marshall College of Law in Cleveland, Ohio.  He is a former Assistant United States Attorney for the Northern District of Ohio.  He has served as Special Counsel to the Ohio Attorney General since 1993.

Roger was selected to be a Fellow of the American College of Trial Lawyers, the American Board of Criminal Lawyers and the International Society of Barristers.  Roger has received an AV rating by Martindale-Hubbell since 1987.  He has been recognized every year since 2005 as an Ohio Super Lawyer for his White Collar criminal defense practice and has been rated for his criminal defense work in the prestigious Chambers USA Guide, American’s Leading Lawyers for Business.    In 2008, Scene Magazine chose Roger as the Best Defense Attorney in Northeastern Ohio.

Roger’s list of high profile clients include many elected public officials, professional athletes, executives, licensed professionals, a serial murderer and the defendant in the first federal death penalty case in the Northern District of Ohio in over twenty-five years.

Active in his community, Roger served fifteen years on the Cuyahoga County Board of Elections, serving eight years as Chairman.  He was a Board Member of the Free Medical Clinic of Greater Cleveland for 17 years.

Roger and Joan live in Cleveland, Ohio.  He is the father of two boys, Eric, who is a lawyer in the firm and Reid, who lives and works in California.