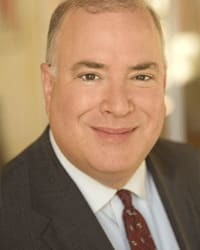 Stanley L. Friedman, Attorney at Law, has represented corporations and individuals in white collar criminal defense and complex civil litigation matters for more than 35 years. As a board-certified specialist in criminal law, a former Law Clerk to a United States District Court Judge, and a former federal prosecutor with the United States Department of Justice, Mr. Friedman brings extensive skill and courtroom experience to every case.

There have been many notable successes throughout Stanley L. Friedman's career. As an Assistant United States Attorney for the Central District of California in Los Angeles, California, assigned to the Major Fraud Unit, he conducted grand jury investigations and effectively prosecuted complex multimillion-dollar cases. As a criminal defense and complex civil litigation attorney, he has obtained six injunctions against the state of California and the United States in cases involving more than three billion dollars in health care costs. One of these cases was argued before the United States Supreme Court and resulted in a favorable decision for Mr. Friedman's clients. He has also successfully represented a wide range of professionals including attorneys, accountants, medical doctors, pharmacists, dentists, business executives, elected officials, government employees and corporations.

From 2006 to 2010, and again in 2018 to 2019, Mr. Friedman served on the State Bar of California Criminal Law Advisory Commission, which is the Commission responsible for all aspects of certifying and re-certifying attorneys as criminal law specialists, and served as its Chairman for the 2009 - 2010 term and previously served as its Vice Chairman and education representative (in which he reviewed all materials submitted by providers throughout the State who sought to have their programs certified for continuing legal education credits for certified specialists in criminal law). Also, in the 2009 - 2010 term, Mr. Friedman was a member of the Rules Subcommittee of the State Bar of California’s Board of Legal Specialization.

Mr. Friedman has frequently appeared on national and local television and radio and has been quoted extensively in various newspapers.