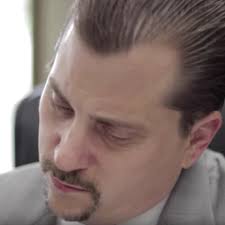 Peter F. Iocona is a Criminal Defense Lawyer who specializes in defending people charged with Driving Under the Influence (DUI) in California, particularly in Orange County and throughout Southern California.

Mr. Iocona is the Owner of Peter F. Iocona, Attorney at Law, and an Owner and CFO of The SoCal Law Network where he serves as the firm's Lead Trial Lawyer in DUI cases. Mr. Iocona began his law career with the Law Office of Barry T. Simons in 2000 and by 2009 became one of the Lead Trial Lawyers for the firm. In 2012, he became the Managing Attorney for the firm in addition to being the firm's Lead Trial Attorneys in driving under the influence cases until he left the firm in 2016 to form his own firm, The SoCal Law Network, with his two partners, Alan Castillo and Marlo Cordero, and later, Peter F. Iocona, Attorney at Law.

Mr. Iocona has taken over 50 DUI cases to trial.  Based on his reputation as a successful trial lawyer, Mr. Iocona has been repeatedly selected as one of the nation's "Top 100 Trial Lawyers" by the National Trial Lawyers Association.

In 2010, Mr. Iocona was asked to serve as an expert panelist for a DUI Drugs seminar sponsored by the Orange County (O.C.) Crime Laboratory and the California Association of Toxicologists (C.A.T.), entitled: "DUI Drugs, Says Who?" and in 2015, Mr. Iocona was the first DUI Defense Attorney to be asked to lecture at the California Criminalistics Institute's Forensic Alcohol Interpretation Seminar regarding "The Role of a Forensic Scientist in DUI Cases". This course is sponsored by the California Department of Justice and attended by State Experts from across the country as part of their training as a forensic scientist. Mr. Iocona continues to speak or lecture at that seminar regularly regarding the role of a forensic toxicologist in DUI trials and their opinions relating to blood test variability, breath test variability, alcohol absorption and elimination and the interpretation of field sobriety test evidence and the effects of alcohol and/or drugs on the human body.

In 2015, Mr. Iocona was voted a "Top-Rated DUI Attorney" by AVVO, the attorney rating service, and was featured in the annual publication of OC Metro Magazine of the "Top-Rated DUI Attorneys" in Orange County. Mr. Iocona has also been rated by "Super Lawyers" and named a "Super Lawyers Rising Star" in 2015 and 2016 along with his firm, The Law office of Peter F. Iocona or Peter F. Iocona, Attorney at Law.

In 2015, Mr. Iocona was designated a "Nationally Recognized Superior DUI Attorney" by the National Advocacy for DUI Defense (NAFDD), an invitation only organization that locates and validates the very best private DUI attorneys so clients can select the most qualified attorney for their Driving Under the Influence (DUI) case. NAFDD has identified the finest criminal defense attorneys in each state and then selected those who spend a significant portion of their practice representing individuals accused of DUI in order for that attorney to be considered a "Superior DUI Attorney" by NAFDD. The Superior DUI Attorney badge identifies those whom NAFDD has designated as being one of the nation's Top DUI Attorneys.

Mr. Iocona was also selected for inclusion in the 2015 list of the "Nation’s Top One Percent", which is published by the National Association of Distinguished Counsel (NADC).

All of this DUI training has assisted Mr. Iocona in his ability to defend those charged with DUI in California.  This training is used extensively in the cross-examination of officers and forensic scientists in Court and at D.M.V. A.P.S. Hearings, which often serve as the forum in which your DUI defense is first developed. Thus, the importance of requesting a D.M.V. Hearing cannot be understated. It is not just a hearing, it is the first step in the process of determining whether any DUI defenses exist in your California DUI case.

Mr. Iocona has also received extensive training and instruction in the area of DUI Drugs, a new arena in DUI defense in light of the increasing rate of those being charged with DUI after consuming their prescription medications.  Mr. Iocona has received instruction as a Drug Recognition Expert instruction and served  as an expert panelist for a DUI Drugs seminar sponsored by the Orange County (O.C.) Crime Laboratory and the California Association of Toxicologists (C.A.T.), entitled: "DUI Drugs, Says Who?".

Mr. Iocona is dedicated to the defense of those charged with the crime of driving under the influence (DUI) in California. Mr. Iocona focuses his practice on defending those charged with DUI. The DUI Lawyers of the Law Office of The SoCal Law Network are a team of dedicated DUI Defense Attorneys and contracted forensic toxicologists. If either you or a loved one is charged with DUI, contact DUI Attorney Peter F. Iocona of The Law Office of Peter F. Iocona or The SoCal Law Network for a free DUI consultation and case evaluation.